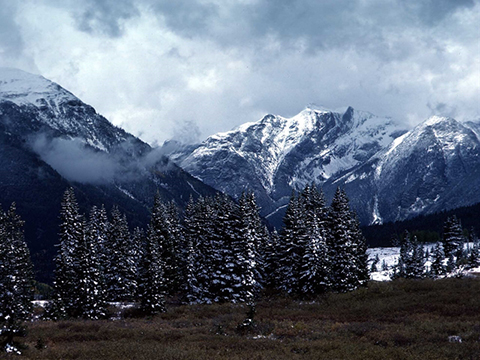 Nearly doubling milk production in 15 years isn’t an easy chore, but Colorado dairy producers have found a way. According to the USDA, in 1999 Colorado produced just 1.7 billon lbs. of milk. Now the state is pumping out 3.3 billion lbs. of milk.

When Bill Wailes, extension dairy specialist for Colorado State University, attended CSU as a student the state ranked around 40th in milk production. “Today, we’re going to be in top 12 or 13 when it is all said and done. We’ve come a long ways in the last 35 years.”

Colorado’s not done growing either. Leprino Foods based out of Denver opened a plant in Greeley late in 2011 that has really helped drive the industry’s expansion. The Greeley plant takes in nearly 66% of the state’s milk. Expansions have already been slated for Leprino, so to meet the demands of the plant and the Denver fluid milk market 25,000 to 50,000 additional cows will be needed in Colorado.

“Things in Colorado are really looking towards a growing dairy industry,” Wailes says.

Colorado’s primary dairy shed is located north of Denver and is centered in Weld County.

During the early 2000s dairy producer Rick Podtburg saw that rise in production occur in his area because the population growth demanded that steady increase.

“Quite a few dairies grew, but we were probably one of the biggest in terms of growth,” Podtburg says.

From 1999 to 2014 his Weld County dairy operation almost quadrupled in size. Podtburg’s progression was driven by family interest because three sons were coming back to the dairy.

He now milks 7,000 cows at Longs Peak Dairy in partnership with his wife, three sons and an outside partner.

“It was just a great market and great place to milk cows so we had an opportunity to grow,” Podtburg adds.

Quality of life has been a reason for many dairies to relocate. Wailes says northern Colorado is close to an international airport, shopping, four major sports franchises and recreational areas that make it attractive for many people to consider the region.

California dairy producers building operations in Colorado has been a trend Tom Haren has noticed over the years. Haren is the owner and executive consultant for AGPROfessionals, a company that helps agriculture producers in locating and purchasing property.

“Colorado is appealing because, after they’re used to California, the next place closest to their lifestyle is the Northern Front Range,” Haren says.

That lifestyle factor has driven land prices up in the prime dairy locations. Additionally, land appreciated in value at a faster rate than other areas of the High Plains because of high milk and crop prices.

Northern Colorado dairy producers do have to compete for water with municipalities. The water primarily comes from mountain runoff, but access is not as limited as regions of the High Plains that depend on an aquifer.

“The water rights in Colorado are particular and they are expensive, but we have water and, once obtained, it is protected and significantly appreciates in value,” Haren says.

According to the Colorado Division of Natural Resources, “the Colorado Ground Water Law of 1957 established the permitting requirement of ground water wells, and by 1969, surface and ground water rights were administered together.”

“Once people understand the water situation in Colorado it becomes a little more palatable,” Haren adds. “The hurdle is getting in the door. Once you’re here the guys that have been here have done very, very well.”