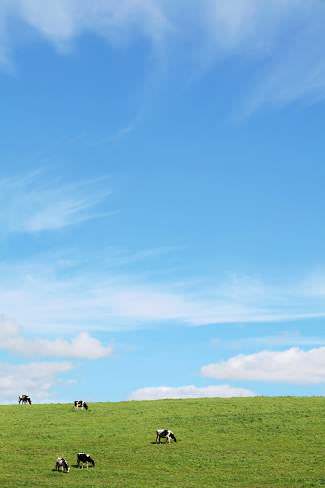 Despite high water prices and more recent increases in the price of cows, northern Colorado natives and transplants from across the U.S. continue answering the call for the region’s dairy industry to drastically increase milk production.

In 2008, Leprino Foods, the world’s largest mozzarella cheese producer, agreed to build its second-biggest processing facility in Greeley, believing that Weld County — already a top-20 milk producer in the U.S. — and the rest of northeast Colorado would bring in approximately 50,000-70,000-plus more dairy cows during the next several years to meet its demands.

The number of milk cows and heifers in Colorado has increased from about 116,000 on Jan. 1, 2010, to about 143,000 by April 1, 2014, according to the most recent numbers available from the National Agricultural Statistics Service.

And much of that growth has taken place in the area surrounding Greeley — Weld, Morgan, Larimer and Adams counties, where about 90 percent of the state’s milk production takes place.

More growth is in the works, according to local dairy industry experts, including Tom Haren, owner of Ag Professionals in Greeley, who said four large new dairies — currently in the financing and water-development phases — could be coming to the area in the near future.

In recent years, a number of existing dairy operations in the region have been adding cows or building additional milking facilities, while additional dairymen have moved in from out of state to take part in the growth opportunity.

The ongoing dairy growth isn’t only needed by the Greeley cheese-processing plant, but is a major factor in Leprino’s anticipated economic impact, which, over the next 20 years, is expected to amount to about $15 billion — a $325 million impact in Greeley, $4.8 billion for Weld County and $10.1 billion for the rest of the state.

Having started operations in October 2011, the Greeley Leprino facility, once it’s maxed out, will eventually take in about 7 million pounds of milk daily.

As Leprino’s demands have continued to increase, the milk supply has come from the expanding dairy industry in the area.

A year ago, Haren discussed with The Tribune how the growth of the local dairy industry was coming along.
At that time, he said there were 10 large-scale dairy projects in the works, on eight of which Ag Professionals was serving as the developer.

Haren said Friday that, of those 10 new dairies, seven or eight are now complete, and of those that are complete, they’re operating collectively at about 75 percent of capacity — still gradually adding cows to their operations.

Building those new facilities — ranging in size from about 2,000- to 5,000-head operations — are dairy families from Colorado, California, Michigan and New York, noted Haren, who has about 20 years of experience as an agriculture consultant.

Haren added that, while much of the new growth has happened in Weld County so far, he believes ideal dairy sites in Weld will become fewer and far between, and the future growth will likely take place further to the east, near Fort Morgan and Sterling, or maybe even north, toward Wyoming.

Haren noted that the four large dairies that are currently in their financing and water-developemnt phases — also ranging in size from about 2,000- to 5,000-head operations — will be built east of U.S. 85, and along Interstate 76, a ways northeast of Denver, if they come to fruition.

Haren further added that, of those four dairies, three are in the works by Colorado dairymen, while the other one is being pursued by an out-of-stater, although he couldn’t get into specifics, because details aren’t finalized.

In addition to somewhat limited ideal sites, going forward there will still be the challenges already in place — feed availability and the increasing local demand for it, and the price of water.

Those challenges have pushed some smaller dairies out of business as larger ones have expanded and new ones have come in.

Haren said about nine out of every 10 dairymen with whom he’s spoken and who’ve expressed interest about building new facilities or coming to northern Colorado over the years have opted out, because of the vast scale of the undertaking and the capital investment it takes.

The planning takes years, the water development alone for about a 3,000-head operation can cost about $1 million, and getting electricity to some of these remote facilities can add up to as much as $250,000 per mile of infrastructure, as Haren explained, noting that those costs and others, like land, can vary considerably, depending on a number of factors.

“No matter how you shake it, though, it’s millions and millions of dollars,” he said, also noting that financing is another issue. Banks are willing to lend, he added, but the regulations and oversight are time-consuming and challenging.

And in the end, those new milking facilities are attempting to turn a profit in an industry that bottomed out five years ago and until recently had seen record-high feed costs and low milk prices.

The dairy industry has rebounded recently, but that has caused an additional issue, Haren said — with dairies doing better now, demand for cows has increased, and so have prices of cows for dairymen wanting to expand their herds.

“It’s just another challenge, and we’ll figure it out,” said Haren, who noted that he’s in the business of ag development because “any industry that feeds us is worth growing,” and rather than continue seeing a continued encroachment of urban development on agriculture, he’d like to see it the other way around. “We’re working with a lot of resilient producers, and we’ll keep battling the challenges and bringing more cows to the area as it’s needed.”